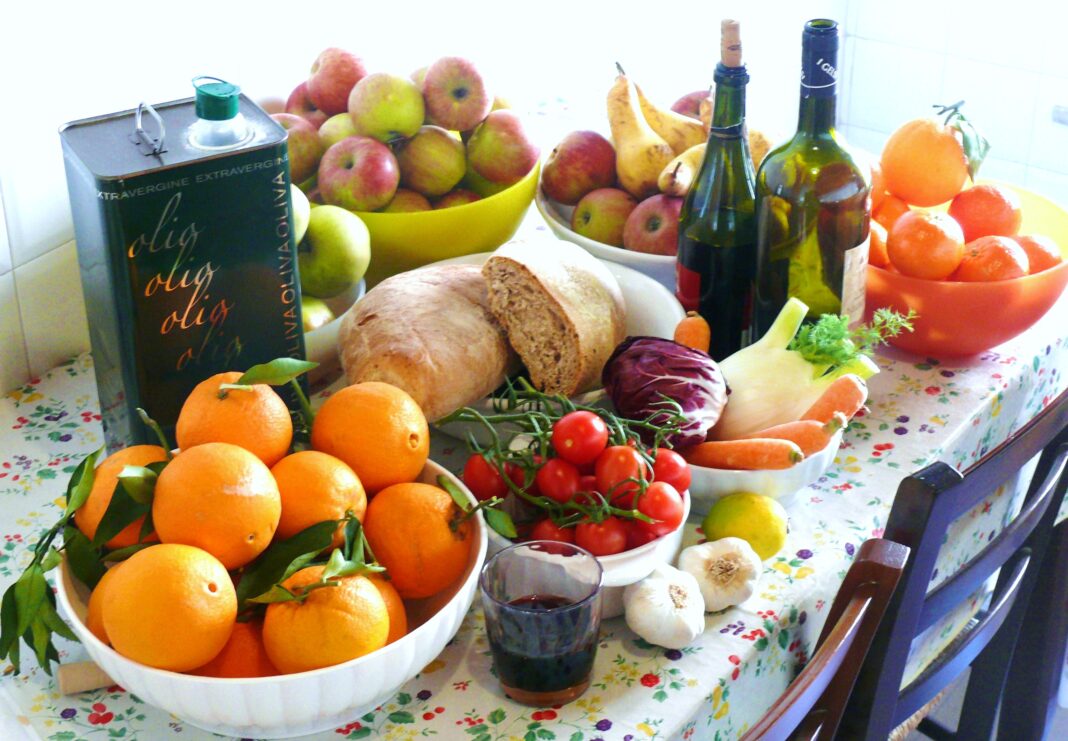 The Mediterranean diet (MD) represents an important lifestyle able to act as a preventive
intervention against chronic degenerative diseases such as diabetes, tumors, autoimmune diseases, neurological disorders, and cardiovascular disease. Indeed, in the past decade, the scientific community has performed several in vivo and in vitro studies to understand how the different macronutrients and micronutrients present in the different foods consumed in a MD could have beneficial effects on human health.

Ancel Keys demonstrated the cardioprotective role of MD between the years 1950 and 1970 in a first observational study in which he showed that cultural phenomena, diets and activities, are the main causes of the different rates of heart disease.
Ancel Keys’ Seven Country Study highlighted how MD affected a significant reduction in atherosclerotic processes by significantly reducing the rate of cardiovascular diseases. Throughout the 1990s, further clinical studies demonstrated MD favorable influences on the risk of metabolic syndrome, obesity, type 2 diabetes mellitus, cancer, and neurodegenerative diseases.

More recently, the PREDIMED trial provided strong evidence that a vegetable-based diet such as MD can be a sustainable and ideal model for cardiovascular health. How diet affects cancer outcomes or prevention is also of great interest to patients, but there is a lack
of clear evidence on how diet interacts with therapy and affects tumor growth. The study of tumor cell metabolism led researchers to understand how different nutrients can support or modulate growth and proliferation through the interaction between cellular intrinsic factors (neoplastic metabolic shift) and extrinsic factors (antioxidant effects, influences on hormonal metabolism, etc.). Prostate cancer (PCa) is the second most common
cancer in men, with nearly a million new cases diagnosed worldwide per year. Recently,
several authors provided evidence that western diet patterns (WD), characterized by a high loading of red meat, processed meat, sweets and refined carbohydrates, is significantly associated with an increase in PCa risk.

According to Fabiani et al., a linear trend is evident between the adherence to the WD and PCa risk. Conversely, high adherence to the MD was inversely associated with the likelihood of having PCa in Italian men. In addition, the Mediterranean eating pattern is associated with lower PCa aggressiveness. A study conducted in Europe showed that southern
countries, which follow a MD, show a reduced incidence and mortality of PCa when compared with the other 37 European countries involved in the study.14 This epidemiological observation makes strong hypotheses about the influence of
MD, based on a high intake of vegetables, fruits, nuts, legumes, cereals and lean fish, moderate consumption of alcohol and low amounts of milk and red meat, on the reduction of PCa risk. The main features of all large studies (we considered studies with at least 1000 participants) that …